We'll Give You a Reason to Smile!

There are many natural ways to improve health: a healthy, active lifestyle, a well balanced diet with vitamins, minerals and herbs have shown to be very effective in preventing and even treating many diseases throughout the human body, including oral issues. While they have some benefits, many herbs and supplements can have side effects for your oral health and some may even complicate dental treatment. The list below is a brief list of the most common herbs that may affect your dental care. Most herbs, in appropriate quantities, allow safe dental work to be performed without altering your routine. To be sure, please make sure your Missoula dentist is aware of any and all medications, vitamins, minerals, herbs and supplements you may be taking to avoid any potential complications during your oral procedures. 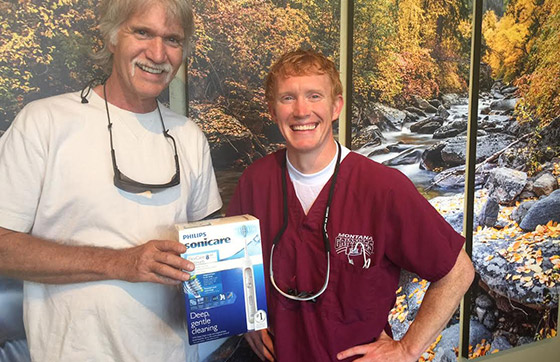 Become the Next Winner!
Watch the video below for your chance to win.

Become a Winner!
Simply fill out the form below and refer a friend.